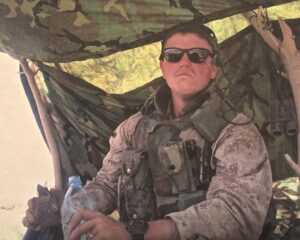 Medic: Brought to you by Judah and the Lion and NTB

14 PAX left ease and contentment in the fartsack this morning by breaking old habits and starting this Saturday off with a new Hero WOD dubbed “The Mack”. This WOD is to honor Marine Cpl. Brad McCormick. A young Marine that gave his life on August 19, 2004. He is survived by his wife Courtney, mother Gail, and a younger brother. McCormick was KIA from an explosion in the AnBar region while serving along side his fellow Marine brothers. Thank you for your service & sacrifice Mr. McCormick.

To honor Brad 14 HIM partnered up and did the following for laps and reps:

-1/4 mile track is needed 1/3 mile will do. What ever you use at your AO be consistent as you can use this as a development marker.
-Starting at the tracks designated start line. Each PAX Partner Carry’s to failure (Some completed 300m full carry)
-Mosey (For those that can’t complete the 300m, mosey to the 100m start blocks)
-100m Sprint to Finish Line / Start Line

After Sprint each PAX is complete the following:

Rinse & Repeat for 45mins most PAX completed 2 Rounds plus a lap – A few PAX got 3 Rounds and a Lap.

CoT: Roll Call included a shout out to McCormick (RESPECT)

As always. Thank you for the opportunity to serve, and thank you for allowing me to lead to honor McCormick today. 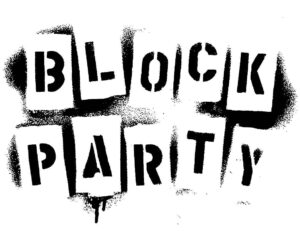 The Thang:  BLOCK PARTY–30# cinder blocks used for all exercises.

AMRAP–Complete as many rounds as possible keeping correct posture and form.

The HIM’s brought their A-game and knocked out some reps and miles.

Count off, Name-o-rama, prayer, and announcements.

Cool Down Mosey in drop off line x 8

NMM:
Lots of groaning today during the Fran Evolution of the Q only to be matched during the Sisyphus Evolution.

One thing YHC noticed is there seemed to be a lot of lolly gagging in between Evolutions, assuming that was to steady the heart rate and not an attempt to Whiskey Dick the workout.

Princess Aurora brought up 3S2T the other week after the 5 year, for the uninitiated that is Speed, Strength, Stamina Toughness (Physical/Mental). This was never more evident to me than during Sisyphus when the PAX were given less than clear directions and 1) had to figure some things out OYO & had to transport the coupon in a less than efficient manner. During RD III you could smell that hair burner smell as the coupons were drug across the court…such a sweet smell.

26 HIM took that DRP and posted for a run-heavy workout that -ahem-  ran long, primarily due to an excess of Q-drenaline inspired by YHC’s 1-year F3 anniversary.

Disclaimer: Disclaimed per usual. BLUF: Don’t sue me or F3, there’s no money in it.

Mosey from shovel flag to “The Nip” for WOR:

As the US Air Force has played an integral part of my life, I shared this celebration with the PAX.

We then moseyed (in near-full-gloom) toward the top of McCabe Hill” for Activity 1 of THE THANG:

We stopped two times (so half a mile in) then I whipped out a surprise at the bottom of McCabe Hill:

Jacob’s Ladder: Mosey to bench, drop for 1 burpee, then to bottom of hill and back to the top for 2 burpees. RnR up to 7.

Al Gores upon early completion, which raised questions about the “Chair Force.”

Countdown from 30 to 1, then mosey along for our continuation of the Burpee Mile (which we effectively completed as a group).

At this point, it was suggested that we may not make it back to the shovelflag in time. I scoffed – after all, we *always* finish on time, right???

Feeling the beatdown set in, we all dropped for Activity 3:

And on we moseyed to the gazebo. At which point, we stopped for some early Mary (as YHC was about to Splash Merlot):
Mary:

Then, realizing that we were NOT going to return to the parking lot in time, YHC called an AYG to the shovelflag.

All in at ~0619, which was, while not dreadful, still late. YHC needs to get better with respecting the time of others. It’s true.

Well, THAT was a learning opportunity. YHC has no excuse, other than an overabundance of Q-drenaline. YHC needs to work on reining that in and apologizes to the PAX of Bomber today, and while it WAS a celebration of sorts, today’s workout also served as a reminder that the Q is not infallible. YHC is a flawed human being, and as such, there is room for me to grow and learn from this experience.

10/29 – Libeery at Fat Bottom Brewery in the Nations. Book is “The Three Big Questions for a Frantic Family” by Patrick Lencioni.  If you read it, great. If not, you should still probably show up to Libeery for some high-quality fellowship.

It’s been said the slow and low playlist is the greatest collection of artists since the We Are The World collaboration.  YHC led the PAX through a beautiful medley of lower body, low to the ground, slow, and intentional movements to get the freakin’ weekend started off right.

THANG:
Mosey, with 3 tampons (Tampa’s coupons) to the pavilion, alternate coupon carrier every 30 seconds or so.

3 PAX in the middle do 50 tampon curls in low squat position.

Repeat until all PAX complete curls.

THANG 2:
Rinse and repeat all of the above with 5 block merkins where one side is on the block, the other on the ground, switch sides for another 5.

YHC timed us at 3 minutes for completion. Rinse and repeat with 10 each side, with the goal of beating the 3-minute mark. PAX hit time right on the dot and was rewarded with 5 8-count bodybuilders.

THANG 3:
Mosey to the path. Line up in rows of 3 and perform 20 strict bear crawl steps followed by 5 under-the-fence merkins. Roughly every-other set the first wave drops to the back. This went on for 15-20 minutes.

Mosey to the lot for MARY:
Alabama Prom Dates to match the sensual song selection followed by a round-robin of core-callouts.

COT:
New bEAST SIDE AO launching on Mondays in two weeks. Prayers for intention in all we do.

Don’t forget the post-coitus callout, please. It was an honor to lead you all this morning, tell your significant others I said you’re welcome. Tampa out.

Temps were perfect in the high 50’s as 11 PAX made their way out to the Racetrack for some fun.

WOR: Quick Disclaimer in the parking lot then head to the parking garage and up the stairs to get things going

Finished up and back down the stairs to the main parking lot of the parking garage.

All in and take a long mosey around the back of the Hill Center to back around the front of Chopt. Find some bar and perform Rows x 15, 3 sets.

Long mosey back to the starting point. This is where YHC had to prevac, and Boone’s Farm took over for Mary and COT. Thanks for the help Boone’s!

Always an honor to lead. Enjoyed it men!

*Each 100 cumulative reps broken up however one would like given the two movement options. It was a choose-your-own adventure where all paths led to the same place – total quad assault. Very clever of the programmers to make us think we had a choice in the matter.

This marks the final week of the IronPAX challenge. At its best, it united the entire F3 Nation, and at its worst, well, we got to see the impossible (scores and times) made possible, so maybe that’s actually a good thing as well.

Great work by all. Fun times. Back to our regularly scheduled programming,
Tebow

Floppy Disk and JK took off for a track workout while the rest of the PAX mosied to the field for a warmup: SSH, Smurf Jacks, WMH, Good Mornings, Merkins

Part 2: YHC led the group to the gym and lost Rosemary along the way. Rosemary, gassed from sprinting up and down every hall, eventually found PAX in the weight room and proceeded to put on a beatdown. No running in the halls dude, that’s like a basic rule of school.

Mosey to lot for COT.

Prayers: Frugal’s co-working dealing with constant pain and related depression, Floppys grandparent diagnosed with Lymphoma, Venus’ friend lost a parent – good reminder to call our friends and check-in on them.

Again a partner exercise but this time with Dips and holding a squat. One man would do 10x Dips while the man held a squat. This went on till each man had 100x Dips. Then mosey around the broken hill and back to the Parthenon.

FNGs were introduced and named and ended with a quick prayer. Thanks for opportunity to lead today!

It has been a while since Nan’tan took a Q in Nolensville due to Pax stepping up to the challenge of IronClad. While TClaps are in order….MOVE OVER.

A Nolensville OG wants to Q, so buckle up!

No theme for today…just embracing the suck and not leaving anyone behind.

5:15 for a pre-party showing with Numbtux, MicDrop, SexEd, Creeper & YHC doing a Kermit Appetizer of the THANG (unbeknownst to him) Thanks for leading KermiT. We: jogged around the track, crawl-beared a hill, Copenhagens, Irkins, Bridge Crawl and WWIs.

Opened up the suggestion Box for Royal Burpees:

PAX perform 10 of each Burpee variation called by various PAX.

Everyone gave max effort to give 10 good form burpees per round.

Partner up for 50 pull-ups as a team. Arms got pumped fast and teams did a great job not letting each other down by working hard and also providing support as needed.

Mosey to the field house for 11s. HRCs at the bottom, crawl bear the stairs, Jump-squats with an OHP at the top, mosey to bottom, R&R

Mosey to the freshly lacquered bridge for a crawl. At the far end, circle up for some MoM:

Pax were delegated to call out a Mary exercise and we performed 10 of each in cadence:

Race the pre-vaccing Prof. X back to the parking lot for: