Disclaimer and roll to the park.

Prep for mosey back to parking lot

Pleasure to lead you men today. 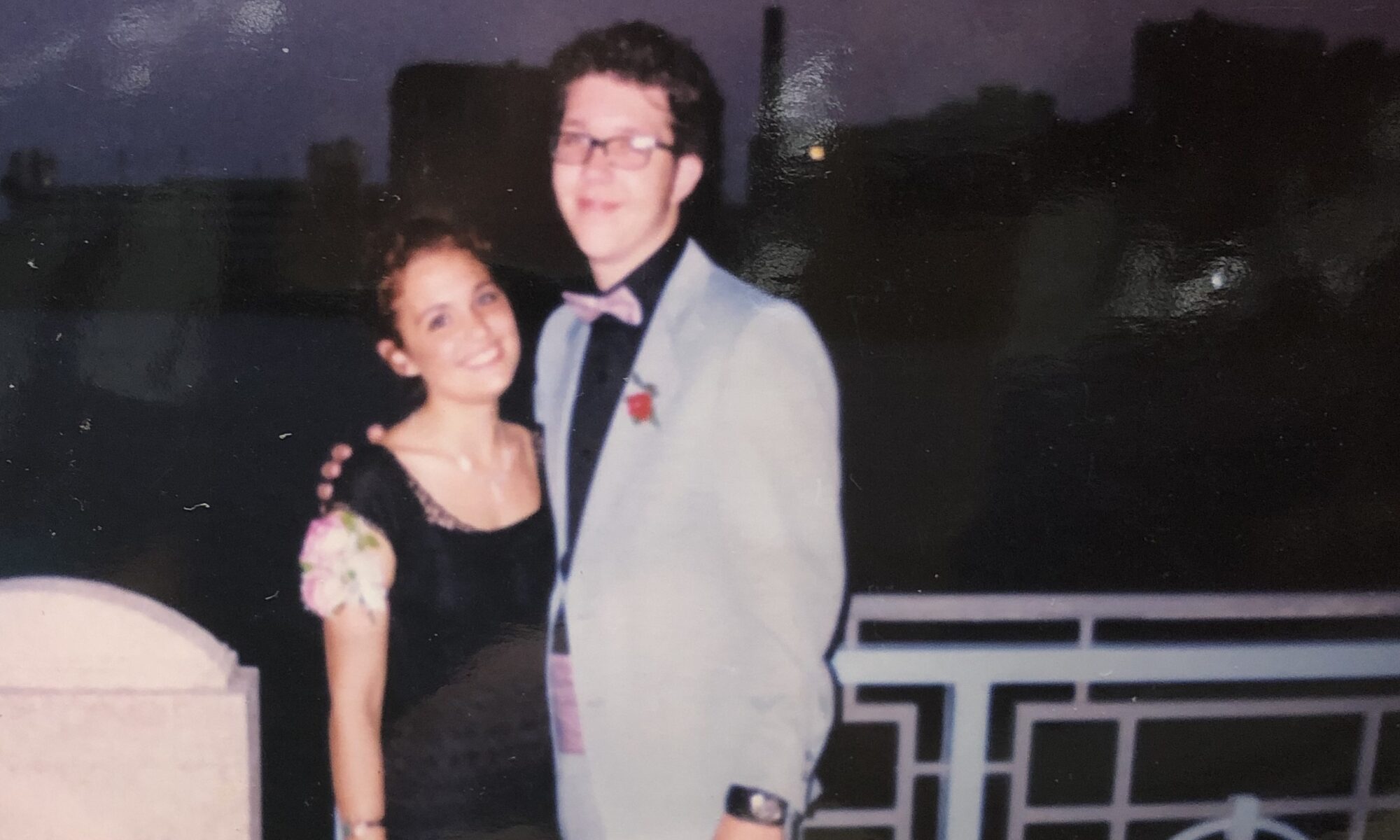 Disclaimer, quick mosey around the adjacent building, and back to startex. YHC provided a heartwarming backstory for the Vagrant Records tribute and WOR commenced.

At this point 40 minutes gave a hearty ‘Great Q!’ to YHC who then informed him we still had 15 minutes left. Hell, we hadn’t even made it to Dashboard Confessional yet.

Honored to lead and thrilled to share an important part of 16-year-old me. Here is the playlist: https://open.spotify.com/playlist/1KNphEkOuDOT5UXM4GCC6T?si=uinfJaxLTZ6_yGEHg5I8nA

Quick mosey and circle up in the lower lot for:

Mosey to upper lot and line up along curb for today’s timed grinder inspired by the number 36. With a timer set for 36 minutes, PAX complete 36 laps (18 yards to cone and back). EMOM, PAX will stop where they are to complete 36 reps of the exercises below, rotating through the letters each minute. Once all laps were complete, PAX were free to use the remaining time within each round however they saw fit. All wisely chose to rest.

I can only hope most heeded my advice to get as many laps in that first minute before the beep because most PAX were averaging around 2 laps per minute after the first beep. That rest time came in extra handy by round 5. Alas, YHC failed to get us started on the main event in time go through the seventh and final round, but we appropriately aborted the mission to Kenny Rogers singing “know when to fold ’em.” All in, we had 180 of each exercise.

With just a couple of minutes to go, we chose to focus on one core (hip flexors?) exercise for the remainder of the workout and performed for the entire 2:43 duration of Frank Sinatra’s tune, “Hello, Dolly.” You can guess the exercise.

While not quite as stupid as last year’s Mt. Covenant birthday challenge, I was pleased with how wiped I felt following this one. I can’t speak for anyone else, but I know my hindquarters will be yelling at me this afternoon. I’ll shut them up with some birthday cold ones.

With the exception of Three 6 Mafia, today’s playlist featured songs performed by musicians with whom I share a birthday.

*Shoutout to Venus who co-wrote this delicious pop hit

TAPs for Crablegs as they are in the hospital awaiting the arrival of their first soft shell crab. (2.0 has a chance to be in *great* birthday company, Crabby!)

Thank you all for your friendship, wisdom, humor, insight, and motivation. I’ll be counting on it to help make this 37th year a good one.

Mosey to pick up circle

Mosey to big hill on the way to Love Circle

11s (squat at the top, burpee at the bottom) up the big hill

Mosey back to the start

Conditions: Delightfully gloomy, almost a muggy coolness at the end

WoR: Mosey with side shuffle & bernie the length of the driving range, lunge walk the width on the back side, imperial walk for 80yards or so and mosey back to the startex for some good mornings.

PAX took a mosey to line the sidewalks of Murphy Road, keeping at least 6feet and covering both sides. We did 6 rounds of approximately 5 minutes each of a stationary exercise and then something in reaction to passers by.  Each Pedestrian spotted was 1 rep, Car was 2 reps and dog was 4 reps of the reaction exercise.

There was controversy about what constituted a car, how many reps per axle of a large truck, what to do if a dog was driving the car and at least one 15 count set for a conversation with stranger driving while he had a dog.

NMM: I had a good time, hope y’all did too.  We will do this again, but not soon.

WoR: Mosey around the park with some side to side, butt kickers, high knees, bernie, etc. Then we got loose with Moroccan night clubs and a few atlantis favorites.

PAX took a short mosey to the tank and got started on the time machine. 4 exercises – merkin, squat, 90 degree leg raise and back extension.

In Time Machine** fashion, PAX did 1 rep of each of the above exercises and took a lap around the tank. SSH while you wait and then 2 reps of each, so on, so forth up to 9 (due to time). That’s your 9th merkin taking 9 counts down and 9 counts up…ouch!

Seven redwoods posted to get a bit better today, and they were all armed with the power of choice!  Here’s how it went down.

Mosey to pull-up bars for brief warmarama.  Then begin the special ‘Pick Your Path to Adventure’ WOD= 5 exercises with a set number of reps done in the order of your choosing, BUT you can’t move to the next exercise till you complete all the reps (Get it?  You pick your own path.  Like the old kids’ books.  You get to choose.. guess you had to be there).

Mosey back to the flag for Mary and YHC took us out in the COT.

Five redwoods posted for a brand new opportunity to join the fight at Granny White Park.  Here’s how it went down:

Mosey to parking lot to GWP sand volleyball courts.  Yes, all sand, all the time, in all the places!  YHC recommended losing the shoes and we began warmarama then start Brazilian jiu-jitsu style warmup=

Begin main event = 3, 5 minute rounds with one minute “corner” breaks.., just like a UFC bout.  Each round consisted of nonstop lunges, merkins, burpees, some core work and squats.

COT= Offshore took us out

NMM:  If you ever want to see a PAX get unhappy, just roll them in sand for a few minutes.  YHC even had it in the ears, and I’m not sure how you guys with hair handled that.  Fun times indeed!

WoR: PAX Started with a gentle mosey counterclockwise around the park and up Elmington to the Hillwood Parking lot – the only non-grassy space at this AO that could accomodate 18! (not factorial…Hambone…) PAX.

We got loose with some Good mornings and other lower body activities.  YHC was disappointed by Bruce Cupcake/Brooks Koepka digging his own grave at the PGA and decided to take out that frustration on the lower body of the PAX. All were better for it, save for Bruce.

YHC rang in 32years this AM so we started and ended with a 16 burpee (or Bonnie Blair + Jump squat if you choose) buy in and out.

Every minute on the minute, starting at 4 reps and adding 4 reps each minute for a total of 8 mins and eventually 32 reps of the following + a waiting exercise until the next minute

Mosey back for the 16 burpee buy out.

COT: Praise for the encouragement of the PAX and for Tallu Quinn dealing with Brain Cancer. Link is here to learn more about her story and support her family if you so choose.

NMM: It’s a privilige to lead the PAX, as always. YHC very grateful to make it to 32 and am looking forward to a year that sees the onset of parenthood and maybe even inroads to a real job.  I’m incredibly grateful for the encouragement of the PAX, particularly in 2018 when I was deep in the wilderness of life decisions. You guys were the support that I needed then and I hope that I can be the same for someone now or in the future.

BIG PAX of 24 posted to get a bit better this morning.  Here’s how it went down:

Mosey to gravel lot for standard issue warmarama then head back to main lot for everyone to select a coupon.  Mosey to Brother-at-Law’s hill (behind the bus lot) for BAL’s special coupon workout.

P1 runs to bottom of hill and back while P2 executes an exercise.  Flapjack then repeato x3.  Exercises:

Return coupons and head to the basketball court for the shuttle run of doom= shuttle runs increasing by 1 EMOM.  We started at 5 and made it to 13 before time expired.

COT and YHC took us out.