Day started out poorly for YHC with a bloody nose that lasted most of the AM. Quick Disclaimer then Mosey out on the Too Tall loop only to realize we lost Cinderella due to a back spasm.
Return back to StartEx to retrieve Cinderella and perform

NMM:
Cinderella and YHC really showed our age with his back spasm and my uncontrollable bloody nose.
Sorry the workout wasn’t as intense as planned; had to adopt and overcome.

After R 5 of work set, PAX instructed to Coupon walk the length of the swing-set holding ‘pon in different ways : Farmer, OH, Bear Hug
Return Coups and circle up in lot for

NMM:
Good output today men. Pleasure to start the week w y’all. Looks like Too Tall has restarted his Tiger Blood routine. Be advised.
Nice to hear the work was adequate to get the blood flowing and the week stated.
Topanga continues to grind out one armed burpees, one armed merkins and one armed pull ups. It’s a sight to see for sure.
Welcome back to the Shire, T Cell. CCR nailed it… a co post from T Cell and Grisham can mean only one thing, SpringBreakY2K21 just around the corner.
TL and I shared some horror stories regarding our IBS issues from the AM
Rooster aka Mike Bannon and some other shadowy character were hanging out under the pavilion with some weights.

Didn’t get a Q for next week but I’m sure TL has that on lock.

BH:
Prayers up for Martin family and for Ludwig and his family. See F3 General tab for ways to help Ludwig.

Grab a mini coup and head to Pavillion

As Many Rounds as Possible

We all got through 4 rounds

Looks like we need a KEEP DETENTION ALIVE campaign. Cold, wet weather post Thanksgiving had to be the culprit.

Good to have CCR catch some 2nd and 3rd w us at the end. He’s looking for an alarm back up if anyone has ideas.

Job Ruck this Saturday. Hit up Grease Trap for details.

Prayers up for the Umbrella and Ludwig families as they go through medical and family struggles.

WOR: Mosey the top loop, grab a block and head to the bus loop.

Pons back to the shed, PW46

Hearty group of HIM to honor those who Labor. So great to have one of the OGs, Big Bang back out in The Shire.

Prayers up for the Sinclair family (Ludwig)

Prayers up for the young men who recently graduated 413. We also recently lost Sleeves from this last class. Red Skull is going to assess the demeanor on campus today and I will give y’all an update.

Prime conditions this morning. Disclaimer and mosey the baseball loop, grab a block at the end.

THANG:
50’s a la 7’s style starting with 45 block merkins and 5 kb block swings. lunge down and shuffle back each time.

Low 60s made for a welcome respite from the 70s and high humidity we’ve been experience lately.

3 well-known classical pieces served as the soundtrack for our day. Not exactly the most pump you up and get you inspired to work hard music, but they still served our purposes effectively. CCR served as our Spotify maestro.

Slow ‘n Low squats the entire piece without stopping. To keep the musical explanation simple, the piano has a “1 2 3 4 5 6” pattern the entire piece. Down on the first 3 beats, up on the 2nd 3 beats. Roughly 140 total.

Ran a capri lap after the piece.

2 – 1812 Overture – As noted previously on Slack, this piece is popular at American patriotic festivals, leading to the popular and incorrect belief that is has something to do with the war of 1812. It was composed by Tchaikovsky to commemorate the 1812 Russian defeat of Napoleon and the invading French.

Melody serves as the verse in Eric Carmen’s 1975 hit “All By Myself.” He believed Rachmaninoff’s music was in the public domain by that time, which it was, in the US only. Rachmaninoff’s estate informed Carmen that his compositions were still under copyright protection internationally, and so Carmen agreed to a 12% royalty outside the US.

Piece was composed in 1900, which was the also the same year the modern zeppelin first took flight — so we did some BLIMPS. Two rounds of BLIMPS, then run a capri lap. RnR until piece is complete.

Back to parking lot
– Sprints with 5 atomics in between 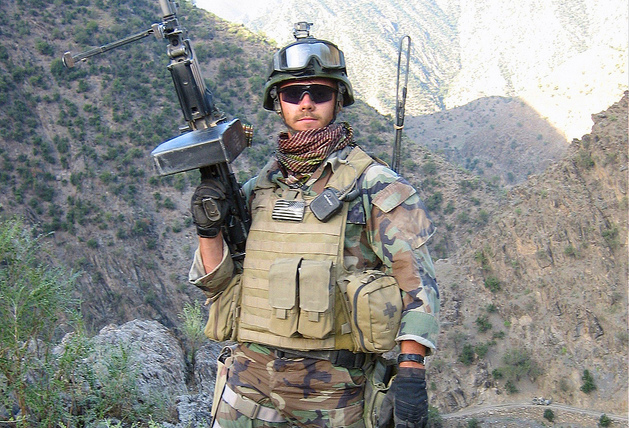 THANG:
Stolen phrase from Bagger: “MOD”. We did a slightly modified version of the Robbie Miller WOD as follows:

When Q called time we mosied to the handrails for max inverted rows with partner. Return coupons and mosy to startex, (1) 8-count bodybuilder for every round under 12 completed.

THANG:
YHC was excited to explore an unused area of the AO. Mosey to the gully for instructions.

Partner 2 runs to the swings and back. Switch.

4. Partner 1 starts moving Lt. Dan on the bus loop while Partner 2 runs to the swings and back. Switch.

COT:
For I will pour water on the thirsty land,
and streams on the dry ground;
I will pour my Spirit upon your offspring,
and my blessing on your descendants.
– Isaiah 44:3